The Tuscan  region is one of the most beautiful regions in Italy where human genius and nature’s gifts have rolled into one to produce an out of the world experience. Tuscany attracts more than a million tourists every year for its unique landscape, fantastic display of fine arts, awe-inspiring vineyards and olive orchards, beautiful mountain paths and wonderful sea-coasts. The region is full of towns, cities and villages which have retained their natural and historical charm. The long history of human civilization has left its mark in the landscape of the region, and one can easily come across remains from the Etruscan, Roman, Medieval and Renaissance period. Siena, for instance, a city built on three hills is a lovely medieval town but one can also find Roman influence here in its piazzas and the palazzos. Siena and other such hill towns, such as Volterra and San Gimignano represent what people generally associate with Tuscany, i.e. spectacular views from hilltops, ancient remains, old villages and beautiful long stretches of vineyards.

Florence, the capital city of Tuscany and often called the cradle of Western Civilization, is the 89th most visited tourist destination in the world. And it’s no wonder! The magnificence and splendor of Florence make it a unique and must-visit destination. The cathedrals and churches with their most exquisite tombs, frescoes, and mosaic paintings are artistic wonders. The two museums- Uffizi and Pitti Palace- and the galleries are full of incredible art pieces, including Michelangelo’s David, and are among the major tourist attractions of the city. But a visit to Florence is incomplete without watching the imposing Palazzo Della Signoria, stopping at Ponte Vecchio and taking a leisurely stroll along the Arno River.  A walk around Florence takes one back in time to that glorious era when its culture of art and craft was at its peak. One can experience the culture of Florence through its food and wine and watch the artists working towards preserving the culture by diligently perfecting their art in their workshops. The city also has some of the most well-known perfume and leather markets. Tourists should take some time out to shop for perfume and leather made goods during their visit. 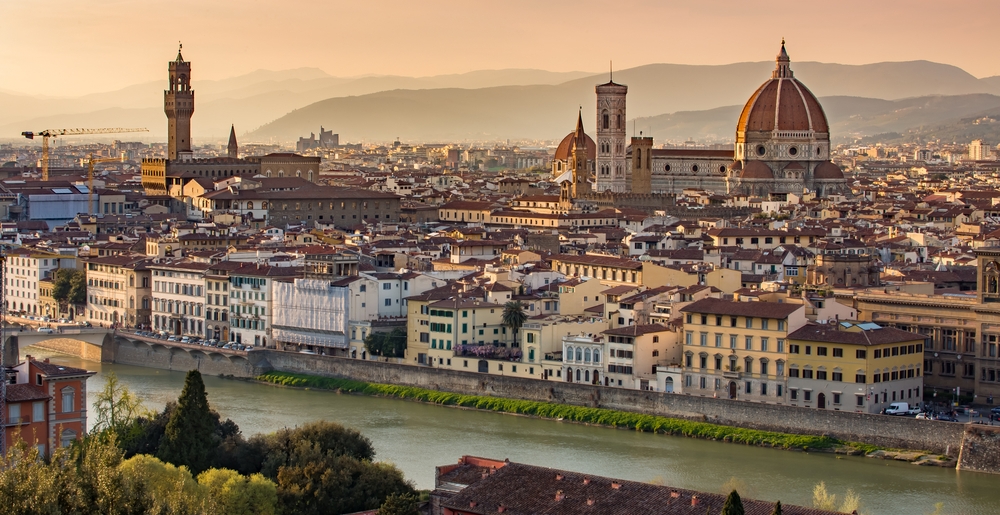 To the southwest of Florence is the village of San Gimignano which is very famous among tourists for its attractions and atmosphere. The medieval village which is full of towers, fresco-filled churches, ancient piazzas, museums and galleries has a distinct historical charm to it. The alleys, shops and local dishes conjure up an atmosphere which is of great interest to the visitors. Some of the best panoramic views of the surrounding of the Tuscan region can be enjoyed from the highest parts of the hill. The Rocca, a ruined fortress, is one such high point which allows visitors to appreciate the surrounding green parks and olive groves. 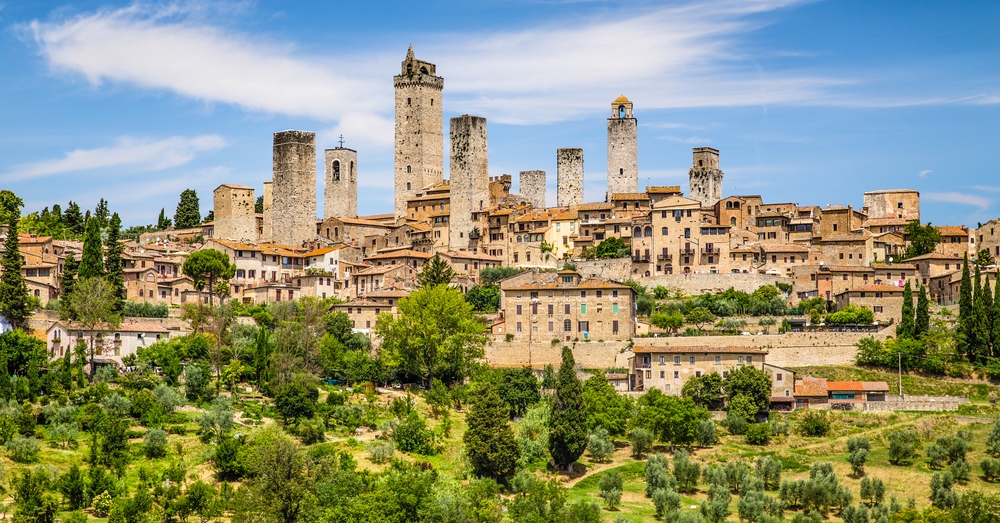 A trip to Tuscany is incomplete without visiting Siena which is often called Italy’s most perfect medieval town. The beautiful hilltop town has green valleys enclosed within its old city walls. The historical center of the town is dominated by the gigantic churches built during the medieval period and have some of the most exquisite frescoes which adorn their walls. There are piazzas and alleys which offer a glimpse into the town’s history and a walk around these is highly recommended. In fact, the entire historical center of the town can be covered on foot. The former Medici fortress which has been turned into a pleasant and panoramic public park is one of the best vantage points to appreciate the landscape. But apart from its amazing landscape and historical importance, the town is also renowned for its annual horse race- the Palio- which has been held uninterruptedly from the seventeenth century at Siena’s civic hub, Piazza del Campo . 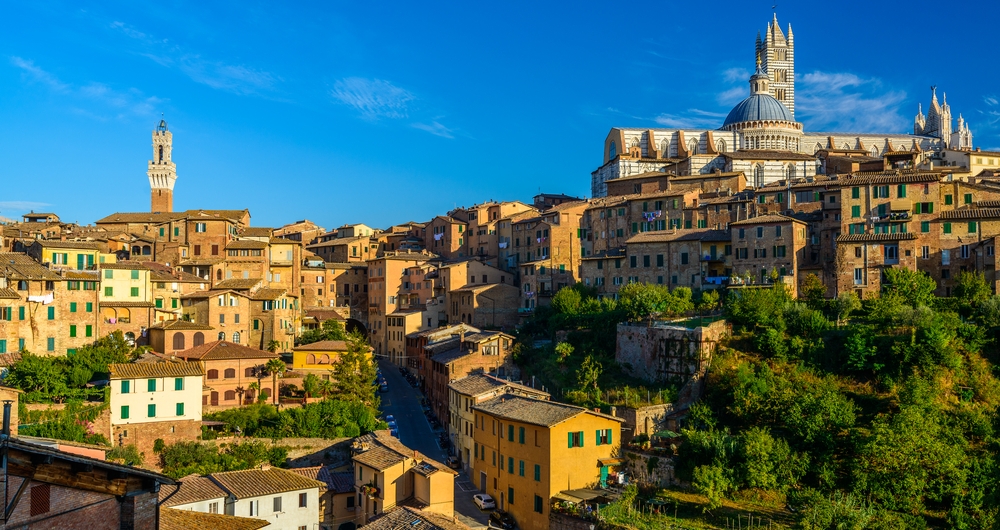 Another and maybe a more well-known attraction which draws tourists to Tuscany from all over the world is the world-famous Leaning Tower of Pisa. The magnificent building is captivating and from the top of the Tower one can enjoy spectacular views of the region and the Tyrrhenian Sea. Next to the monumental tower, stands the Cathedral and the Baptistery on the same piazza which should not be missed. The Romanesque buildings, gothic churches and Renaissance piazzas along with a thriving cafe and bar culture makes Pisa a great destination to explore. 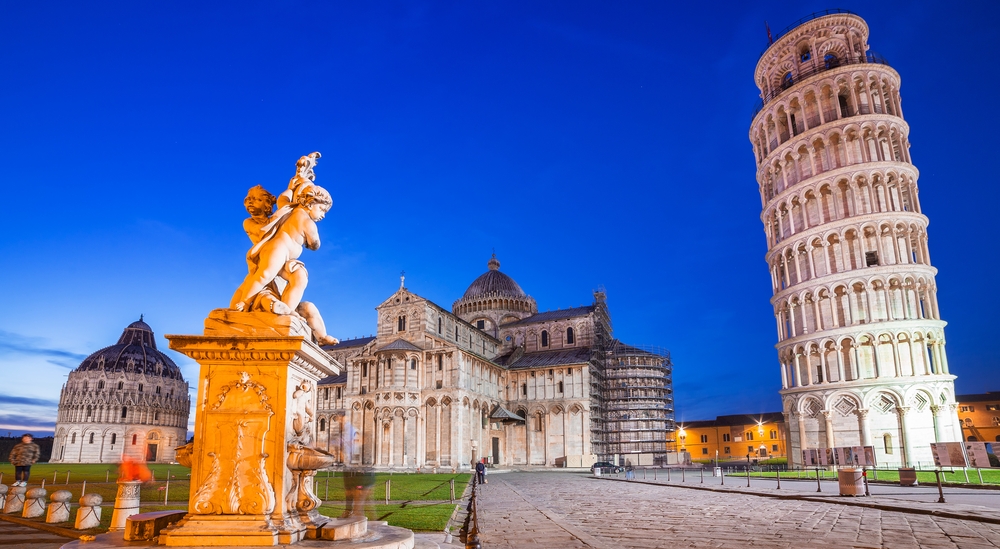 These towns and villages offer interesting sightseeing opportunities. But beyond these historically important towns which boast of incredible architectural attractions, the Tuscan region is a tourist’s paradise also for the natively produced great wines that one finds here. And quite naturally then, the region is famous for wine tasting tours. On these wine tasting tours, tourists love to visit the small stone villages and countryside homes and taste some of their finest wines. Chianti, the territory which is so well known for its wide variety of wines, has a unique landscape and can easily be considered among the most beautiful regions in Tuscany. The green gentle hills are covered with vineyards and olive orchards. 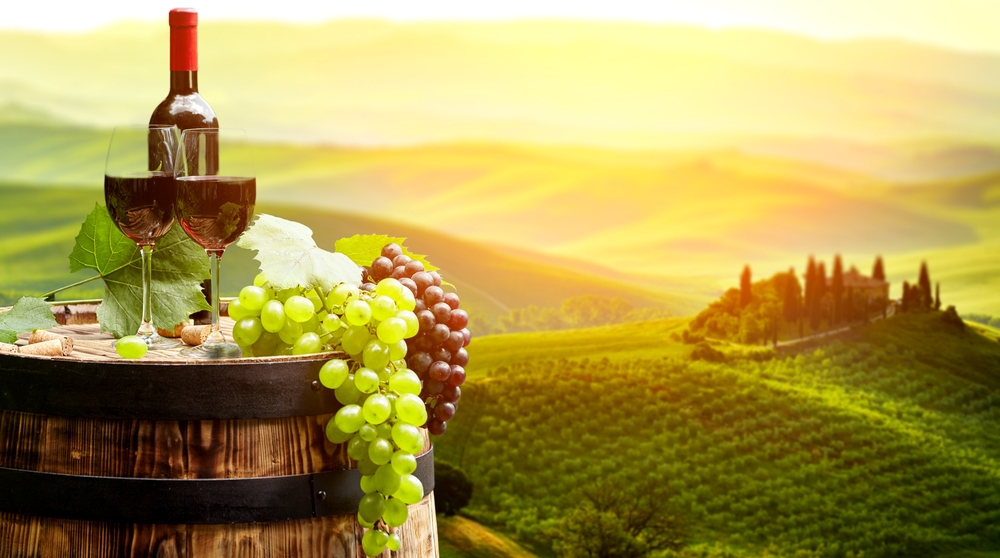 Another interesting aspect of the Tuscan region is its more than 250 kilometers of coastline which offers great beach experience because of its unspoiled scenery, less crowd and wonderful places to eat and drink. Forte dei Marmi is one such beach destination located at the foot of Apuan Alps. The destination has hosted a number of royal guests and celebrities who love to sunbath on its beaches, drink expensive wines and shop in the designer boutiques. The beaches on the island of Elba, the biggest island of the Tuscan archipelago are beautiful. Tuscany has about 18 blue flag beaches scattered across its western coastline and located in various regions such as, Pisa, Versilia, Livorno and Grosseto.

While for many Tuscany sums up in iconic landmarks of Florence and Pisa, for many others, it is best represented by the olive groves, beautiful countrysides and moderate elevations full of unending rows of grapes. One can find pristine natural surroundings, hidden medieval corners and bustling historical cities during their trip to the Tuscan region. Tuscany’s art and architectural masterpieces, heritage sites, age-old towns and villages, over 120 protected natural reserves, beautiful hilltop towns and wonderful food culture promise an unforgettable bundle of experiences and memories.