Rome, the capital city of the modern state of Italy, is a major tourist hotspot. It attracts people from across the globe for its magnificent buildings, artistic gems, architectural and engineering marvels, colourful neighbourhoods and grand monuments of religious, cultural and historical importance. The best time to visit Rome is during the months of April and May and from August to October.

The line about the city ‘when Rome wasn't built in a day, how can it be seen in a day’ is absolutely true. Though you never quite run out of options even if you have been here for a week, one needs to spend at least 3-4 days to really enjoy and feel the charm of the city. 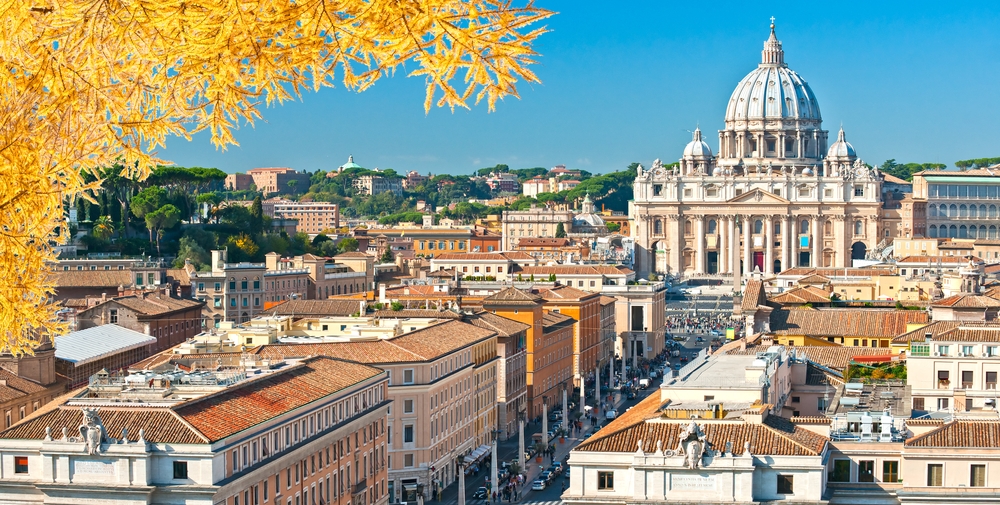 The historical monuments capture unique moments in the political and cultural history of the Western Civilization and have a lot of interesting stories to tell.The life-like sculptures, classical paintings and highly ornate columns and walls invite the visitors to imagine life in the city as it existed during different periods in history. The most interesting thing about the city is that one does not need to visit the museums or the classical buildings to encounter Rome’s grand history, some of these artefacts can be found literally on every piazza of the city.

The ancient city of Rome was established in the valley surrounded by seven hills. Major attractions include the formidable Pantheon, ruins of the Flavian theatre which is better known as the Colosseum, the Forum Romanum which was once a major economic, political, religious and judicial center and a number of temples and buildings among others. The Pantheon is the most preserved building with its interiors almost intact to this date.

The churches in Rome are major sites of pilgrimage. These churches, frescoes and paintings draw their importance not only for their religious and cultural significance but also for their magnificence and artistic splendor. Italian art galleries are filled with great names from the Renaissance period such as Michelangelo, Leonardo Da Vinci, Raphael, Titian and Bernini who continue to inspire artists and craftsmen with their rare talent and imagination. The Borghese Gallery and Museum are the best place to witness and lose oneself in the brilliant artistic splendour of those times.

The fountains at the piazzas, gardens and villas and the Spanish Steps are some of the other places which are quintessentially Roman in their display of architecture and art. These gardens and piazzas draw a lot of tourists who come here to relax and dine. The tradition of sitting on the steps of these piazzas is an ancient one and continues till date. The piazzas with their beautiful fountains are major cultural hubs. One can also find a lot of people strolling and leisurely exploring the ancient city in the evening. Some of the most well-known piazzas are Piazza Fontana di Trevi, Piazza Navona, Piazza di Spagna, Piazza Campo Dei Fiori, Piazza del Campidoglio, Venezia, San Pietro and Piazza del Pantheon, to name a few. 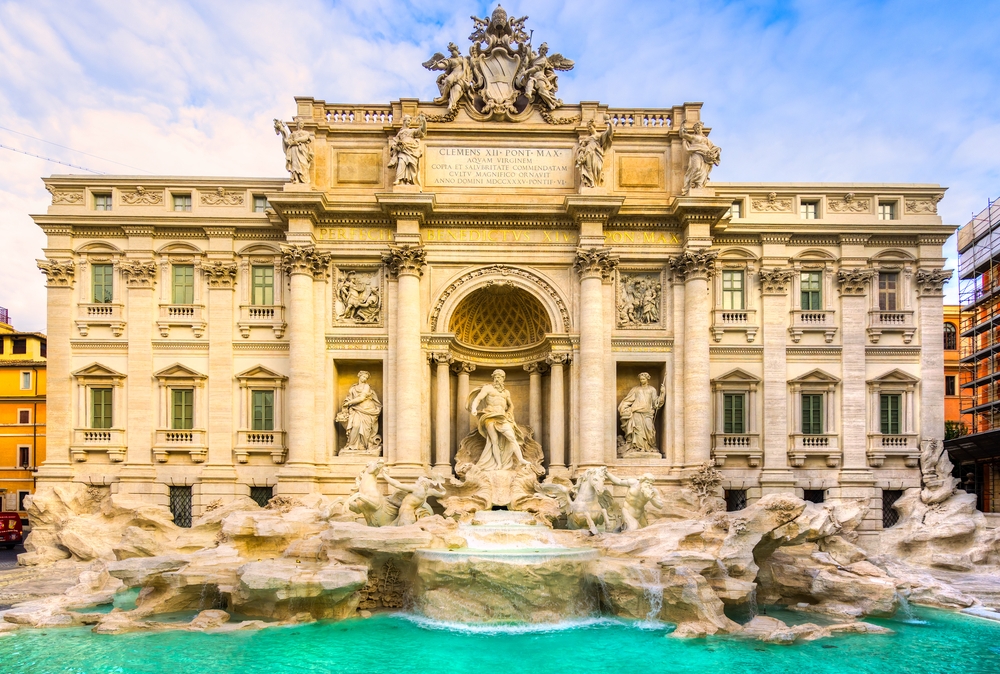 The Spanish Steps or Scalina Spagna is a remarkable landmark in the city known for its beautiful irregular butterfly design. It has been featured in numerous films and works of art. The monumental stairway of 135 steps stretches from the Bourbon Spanish Embassy and the Trinità dei Monti church to the Holy See in Palazzo Monaldeschi located below. Tourists love to sit on the steps or enjoy a view of the baroque fountain. During the summer, the blooming azaleas adorn the steps. There are some good bars, cafes restaurants and small markets in the vicinity

The piazzas and streets are mostly lined up by all kinds of eating places. Tourists have a great time exploring Rome through its food culture. One can find small trattorias which serve limited options of dishes with a touch of authentic flavour as well as restaurants which pride themselves in serving a wide range of food and wine options. 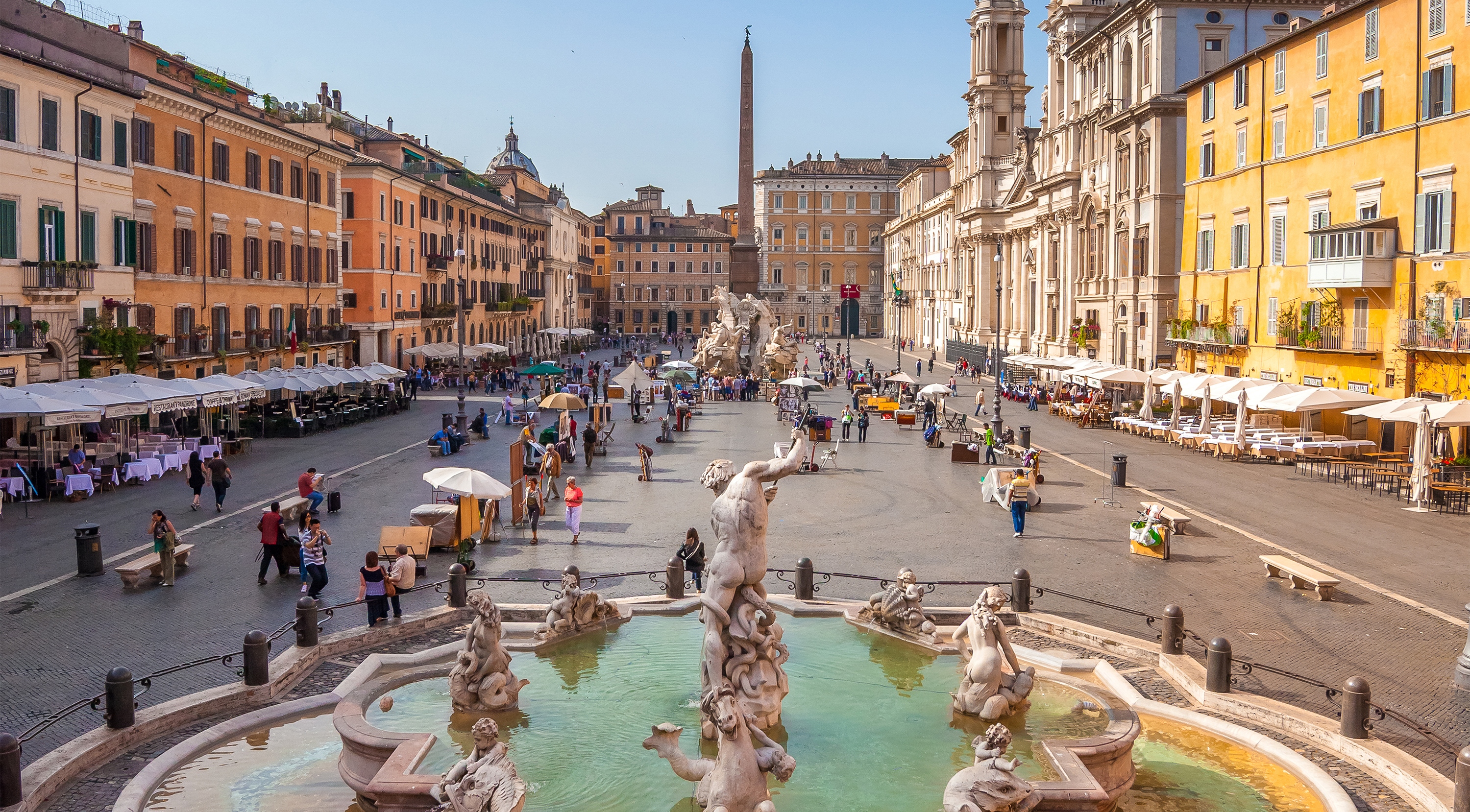 The colourful neighbourhoods of the city are the most distinct aspect of Italy which finds its best examples in Rome. These houses generally have roof gardens which add to their beauty. Taking to the streets and spending your days roaming the streets of Rome can be one of the most invigorating and enchanting experiences during your trip to the city.


Terracina is bustling with tourists all through the summer. Situated between numerous hills and the sea, the town is only a short distance away from the crowded city of Rome and can be easily reached by train or car. The sea, the sun, the sand and the exceptionally hospitable environment make Terracina a perfect destination for a peaceful and active holiday.

In fact, the place finds a mention in the Greek epic Odyssey. San Felice Circeo once served as an important site for The Knight Templars and also as a papal outpost in history. There is a watchtower in the old village which was once used by the Templars and looks stunning when it lights up during the night.

Closer to the main centre of the town, tourists can feast on delicious local dishes and wines, and shop in the local markets. Bucatini, a local pasta dish served with Amatriciana sauce (a perfect blend of pork, cheese and tomato) is very popular with tourists. Also, there are a number of churches in the area which should be visited for their architectural splendour and unique locations.